An unseen force has been working for over 234 years to destroy everything this nation’s Constitution has stood for, freedom from oppression and tyrannical governments and liberty for all of her citizens with assurances of justice for all, with no favoritism for any elite groups.
The understanding of this unseen force reaches much farther back into history, even back to the beginning of the time when man first stepped upon this Earth.
This is a spiritual world in which we live and the Bible reveals how the god and prince of this world, Satan stole the dominion of this world with a lie in the Garden of Eden; and Satan’s desire is to kill, steal, and destroy all that belongs to the One True God, and Creator of all that has been created.
This is the truth, and the absolute truth does not change for no one, no matter how much you would want it to change… For our struggle is not against flesh and blood, but against the rulers, against the authorities, against the powers of this dark world and against the spiritual forces of evil in the heavenly realms (Ephesians 6:12).
This unseen force has achieved many victories in their efforts of sowing seeds of discontent for most of those 234 years… However, the greatest damage to destroying this Constitution and even this nation has been even more successful in just the last one hundred years or so. Hopefully I can return to this point later….
Those that reject this truth, whether they believe this or not, they have become servants of Satan. Satan, himself is far smarter than any man on Earth, maybe even smarter than all of mankind combined.
The proof of this statement is easily understood when we consider the majority throughout the ages who have denied the existence of Satan and God.
A reading of the Book of Job can help you understand more of the influence and power that God has allowed Satan. Satan is every bit as power today as he has ever been but we who have accepted Christ Jesus as our LORD and Savior have the presence of the Holy Spirit within us to minister to us in our struggles against the evil’s presence in this world today.
Many of our leaders throughout the history of this nation have not been as strongly committed to God’s WORD as we would have liked; thus, we can theorize that they have left some open doors enabling evil to rush into areas of our government causing us great struggles and trails for which this nation will be held accounted for…
Many of our troubles began with this nation allowing the teachings of evolution over creation in our universities starting in the later 1920s and later brought into our high schools. Next came the removal of prayer from the classrooms and even the boardrooms across this nation. Followed by allowing homosexuality to run rampant, and then the Supreme Court’s approval of the Roe vs. Wade Bill allowing for the slaughtering of approx. 70 million of the most innocent of all life in the womb of their mothers, and the shedding of this innocent blood is said to have desecrate this nation; thus, this land must and will be cleansed by a fire that will fall from the East to the West.
Absolutely nothing is surprising to an all-knowing God; God even knew of Israel’s and the United States’ failures before the first day man walked upon this Earth. Neither was God surprised at the cheating that went on in the 2020 election.
God has allowed the evil works of men at different times throughout all of history to bring changes within the hearts of the people at different times and for different reason to achieve His goals, which is that all should come to the saving knowledge of His Grace through the shed Blood of Jesus Christ.
The Bible reveals we are in the final days of the Age of God’s Grace and there is coming a battle of the armies of the nations against Israel’s army on the Plains of Megiddo for the greatest of all Battles, Armageddon in the hopes of destroying God’s chosen people for good… But God will supernaturally defend Israel and defeat these armies and a New Millennium will begin…
Only those that know Christ Jesus as their LORD and Savior will enter this new millennium! No one is so good that they need not to be saved, and no one is so bad that they cannot be saved. He who seeks God will be found by God.
What I tell you in darkness, that speak ye in light: and what ye hear in the ear, that preach ye upon the housetops (Matthew 10:27)
I am no prophet, this is just an old man, a watchman sharing God’s warnings to this nation, to those who have the eyes to see with and the ears to hear with...
But seek ye first the kingdom of God, and his righteousness; and all these things shall be added unto you (Matthew 6:33).
That if thou shalt confess with thy mouth the Lord Jesus, and shalt believe in thine heart that God hath raised him from the dead, thou shalt be saved (Romans 10:9).
Posted by Watchman48 at Saturday, September 18, 2021

Links To Check Out

Questions about faith or life? We're here to listen and chat- Chat Now

Bible Verse For The Day 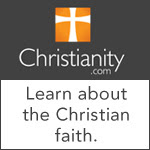 Welcome to the Watchman On The Wall

To best understand the job of a Watchman, you must read Ezekiel 33:1-6

God will reveal Himself to those that seek Him. The Lord our God has shown us His presence and His majesty, and we have heard His voice in this, the Age of Grace.

This blog is my feeble attempt to convince you that Jesus is the only hope for this world. The Bible is God's "Biblical Instructions Before Leaving Earth," given to man. His desires for your life is that you will come to the understanding and knowledge of a loving Savior's Forgiveness of our sins and His gift of Grace, which can not be earned.

Watchman48
Call me a Pro-Lifer and a radical Christian, a lover of CHRIST JESUS, because there is no one who loves me more then He does. I have been crucified with Christ and I no longer live, but Christ lives in me. ridingforchrist@hotmail.com